Be sure to come check us out this weekend we’ve gotten a lot of new specimens! Some really exquisite Afghani quartz, lapis & jade! Also high quality Malachite, rough, polished eggs and spheres all from the Congo! We have a new beautiful collection of Baltic & Columbian Amber both rough and gem quality!

Saturday we have two spots. One at the Lexington ave fall festival between 42nd & 57th street

& Also at the Astor place festival from broadway to Lafayette!

SUNDAY well be at our regular space at the Green Flea Market on 77th & Columbus Ave!

“The Stone of Life”

Shungite is a noncrystalline mineraloid comprised of roughly 98% carbon. It is primarily found in the Shunga region of Karelia, which lays in the North West of Russia.  Shungite’s ancient origins are still debated, some believe it to have formed in oceans over 2 billion years ago others argue it came from outer space. Despite the uncertainty of it origin its extraordinary properties are undisputed.

Shungite is  unique because it is the only naturally occurring material to contain fullerenes.  Fullerenes are composed entirely of carbon, and are in the form of  molecular hexagons and pentagons bound together in a hollow cage.  About a billionth of a meter in diameter, fullerenes are incredibly stable.

The natural existence of fullerenes remained unclear until they were verified in deposits of shungite  . . .and since discovered in meteorites and in outer space. In 1991, Science magazine named fullerenes “molecule of the year,” calling them “the discovery most likely to shape the course of scientific research in the years ahead.” Their discovery won them the Nobel Prize in chemistry in 1996.

Shungite receives its healing power from the property of Fullerenes.  Because of their unique structure, fullerenes behave as the most powerful and most long-acting antioxidant as a means to fight free radicals.  They reduce electromagnetic emissions essentially providing protection from electromagnetic fields as well absorb chemical pollution and heavy metals.  They also transmit their healing properties to water and this is used as a treatment for various health issues.  Shungite has been successfully used for many years in Russia to assist patients with depression, trauma, and other emotional and psychological disturbances. 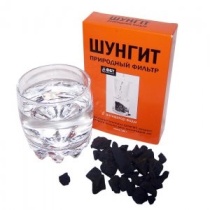 Shungite is: • a natural antioxidant that can increase human immunity with regards to many serious illnesses and suppress the development of many allergic diseases;

• a sorbent, purifying air and water from many organic and inorganic compounds and from excess of free radicals;
• a catalyst, which ensures decomposition of organic substances sorbed and restoration of the sorption properties;
• a carrier of wide range of microelements and biologically active substances, intensifying biological processes in the bodies of human beings and animals;
• a material, actively interacting with electromagnetic fields of different nature (anthropogenic high-frequency, solar, geopathogenic, biofields) and neutralizing their negative impact.

With our everyday lives being bombarded Electric and Magnetic frequencies Shungite is more important to us today than ever.  It is like no other mineral on our beautiful Earth.  Having it on your person, around your electronics, or cleaned and mixed as an elixir are all wonderful ways to recieve the amazing properties of Shungite.

We have rough specimens from 20 to 150$ priced by the gram.  I plan on wire wrapping some of them this week to have for pendants. We are also looking into getting some cut into thin pieces to atattch to cell phones and other small electronics. We would love to hear your knowledge and experiences with Shungite! 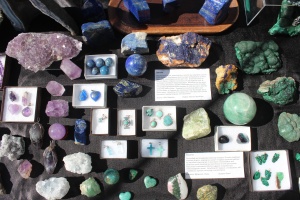 So we’ve decided to create a weekly mini bio for our Minerals!  The weekly bio will discuss the formation of the specimen, a bit about how its been used throughout history, and the metaphysical properties that are associated with it.  We would love to make it a collaboration so please add in the comments any experiences you’ve had with the mineral, added information and questions you may have too!

We’ve got a lot of amazing new specimens! Come check us out this weekend! 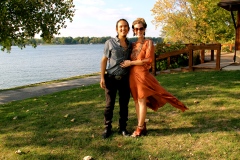 WERE BACK from a long a wonderful trip out Midwest for my Moms wedding!

SATURDAY we will be set up on University Place between  Waverly & 8th street!

& SUNDAY we will be at GREEN FLEA MARKET on 77th and Columbus & also at the 8th ave festival between 42nd and 57th!

Weve got some really awesome glacial copper & some new minerals so come check us out this weekend! We’ve missed all of ya!